Man of the streets?

Posted on February 2, 2019 by nhbrownlee 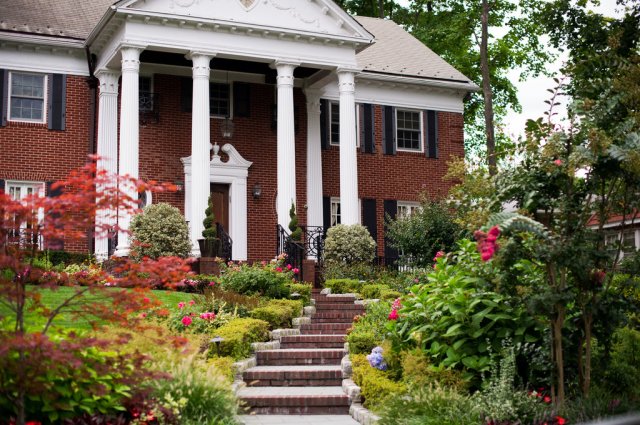 This is the house where our President grew up.  Yes, our current President. You know, the same guy who claims he’s from the “streets” of New York City.

To quote the New York Times, “The Jamaica Estates of Mr. Trump’s boyhood was an exclusive and nearly all-white place, resistant to outsiders and largely impenetrable to minorities.”

Ah-hah!  Growing up in the Bronx in the 1950’s I had never heard of Jamaica Estates or even visited the neighborhood of Jamaica until I was in my late teens.  But from this snippet of a NY Times description I have a pretty good idea of what this enclave was like.

In my neighborhood, which would today be considered the Morrisania area of the west Bronx, we kids knew of places like Jamaica Estates.  We called them the Grand Concourse or Riverdale.  If you lived on the Grand Concourse or in Riverdale then you had money and were well-off.  You most likely didn’t go to the local public school or played very much in the empty lots or schoolyards that served as our fields of dreams.

Coming from those areas your father probably had some sort of job that didn’t require dirty fingernails or tedious manual labor. And your mother didn’t work.  You can take that fact to the bank — or Wall Street if you lived in Riverdale.

We didn’t have a clue what an “enclave” was because we never heard of the word. But we knew our neighborhood which extended from Tremont Avenue to Featherbed Lane geographically or the Park Plaza movie theater to Dooney’s Bar.

We knew stickball and off-the-stoop or off-the-curb when the old ladies chased you away from the stoop and ring-a-leave-e-o and other games that required crowds of kids who simply hung out on street corners and found ways to entertain themselves.

The kids were also from every ethnicity you can imagine.  Ethnicity is another word we had never heard of.  You were either from the neighborhood or not. Beyond that fact we didn’t much care.

As for houses such as the one seen here we never saw anything like that in our neighborhood.  If there was it would have stood out like a gilded thumb.

Today the apartment building I grew up in no longer houses people. Now it’s just a bulldozed space where cars are parked.

The Grand Concourse also isn’t like it used to be. Gone is the Loew’s Paradise movie. Krum’s Ice Cream parlor. And countless other once-thriving retailers.

But Riverdale is still Riverdale.  I should know.  My sister lives there and I visit Riverdale on occasion.  The funny thing is that when I do I still feel like I don’t belong there.

But our President probably would.

Advertising copywriter, Creative Director and state of New York college professor. I love true stories. Who doesn't?
View all posts by nhbrownlee →
This entry was posted in True Stories. Bookmark the permalink.